Grease traps play a key role in properly capturing and disposing of grease in food-related establishments today. Both grease traps and grease interceptors are a standard and required feature in many businesses. How did this come to be such a staple of modern life? Today on the blog, we’re taking a look at the history of the grease trap.

As long as there have been sewage systems, there has been a need to deal with the fats, oils, and greases (FOG)  humans have put into them. FOG can be a major issue on sewage systems, causing backups that severely damage a community’s ability to properly manage waste and wastewater. The first official patent for a grease trap system was filed in the late 19th century by Nathaniel Whiting, an American inventor. This first design has the same core elements we see in modern day grease traps. An interceptor box is connected to the source of FOG (a kitchen sink, for example) and removes unwanted material before wastewater is put into the sewage system. The box holds the FOG for later removal.

History of the Grease Trap: 20th Century and Today

While that core design is still at the root of grease traps today, there are several improvements that have been made over time. For example, in the 1930’s a gravity grease trap was developed, which used more water than previously to slow the flow through the grease trap. This allowed for a greater removal of FOG from kitchen wastewater.

Since then, some other common types of grease trap have emerged. The modern hydro-mechanical grease trap is one such innovation. It utilizes heat, water, and gravity within a steel or carbon trap to more efficiently remove and store FOG. Another modern innovation is the automatic grease trap. This leverages electrical and mechanical features to remove a high percentage of FOG.

If you own an establishment with a grease trap or interceptor, quality servicing is important for your business. Professionals like Moon Grease Trap Cleaning can thoroughly pump out, clean and dispose of all grease, wastewater, and solid material from your grease trap system. It’s important to regularly schedule cleaning. Properly functioning systems prevent a negative environmental impact from sewage overflow or blockage. Plus, it can save time and money by preventing a backed up system that can shut down business.

Moon can help keep track of your maintenance schedule and adherence to regulations. This is important- for any business that prepares food, it is mandatory by law to have a grease trap installed and cleaned regularly. As a Kentucky Restaurant Association Member, Moon stays up to date with regulations and follows best practices.

No service request is too big or too small for Moon Grease Trap Cleaning. We provide quality service in a prompt manner. Schedule your next grease service by contacting Moon at 502-776-2199. Or, visit our website for a quote! We are happy to answer any and all questions you may have. 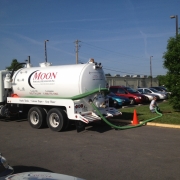 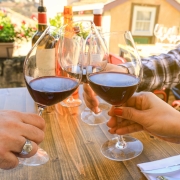 9 New Restaurants To Try In Louisville and Southern Indiana, November 2021 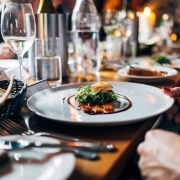 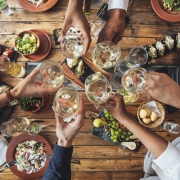 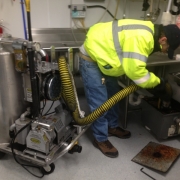 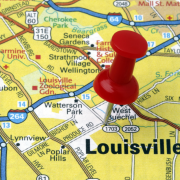 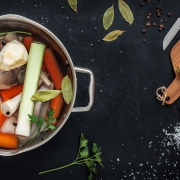 8 Tips Every Restaurant Should Follow For Cleaner Grease Traps